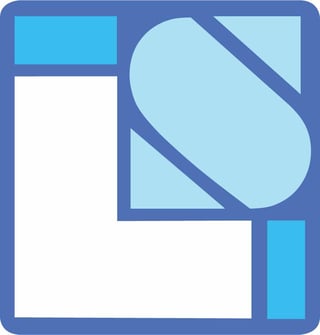 When there is a language barrier, Machine Translation is what everybody would consider for a gist understanding of what the other person is saying or writing.

But its practicality and immediacy often make us oblivious of its shortfalls and the risks associated with not satisfying the threshold required when soliciting consent in the face of a language barrier... in the absence of a professional legal translation service.

Machine Translation has already been used by enforcement officers to obtain consent for a search in the absence of a warrant in a number of cases* , among which United States v. Ramirez-Mendoza. And in almost all cases, the imprecisions were such as to frustrate consent (and sometimes the incriminating evidence, like in Cruz-Zamora.

Let's now analyse why the Court reached this conclusion in US v. Ramirez-Mendoza.
The suspect, a Spanish speaker with little knowledge of English, was stopped for speeding. The Corporal, an English speaker with no knowledge of Spanish, evaluating circumstantial evidence that would give rise to a probable cause for a search, decided to use Google Translate on his device to translate his request for consent to the search.

Unfortunately, Google Translate returned a bizarre Spanish text, where "search" was translated with "registrar", and the question was transformed into an affirmation.

This prompted the Court to conclude that Ramirez-Mendoza did not voluntarily consent to the search of her vehicle because, among other things:
- she did not understand what she was consenting to, and
- the request to search her car was not framed as a question but as a statement of fact, suggesting coercion and voiding the requirement that consent must be given voluntarily.

How did the Court come to this conclusion?

1. The Court first established that the suspect's English knowledge was insufficient to understand such a request for consent posed in English.

2. The Court took notice of the output of Google Translate, and declared that the Corporal failed to prove that the word "registrar" could mean "to search" and noted that transforming a question into an affirmation introduced an element of coercion, which would pre-empt the requirement of voluntary consent in the absence of a warrant.

3. The Court declined to infer that a "generally" well working Google Translate could accurately translate a specific request for consent, stating that the fact that the app can facilitate basic communication "does not make it an adequate method for soliciting consent" in a specific circumstance.

4. The Court considered the English language proficiency of the suspect independently of her criminal past and accepted Ms Ramirez-Mendoza testimony on the issue of consent.

5. The Court considered the totality of the circumstances to understand whether Ms Ramirez-Mendoza consented to the search and found that in the absence of a Spanish search warrant, a professional translation service or an explicit gesture of consent by Ms Ramirez-Mendoza, consent could not be implied.

So the use of Google Translate did not per se void the  request for consent. It is rather that the lack of accuracy, fidelity, specificity and congruence of the tool in this specific circumstance made it impossible for the Corporal to satisfy the threshold required of officers when soliciting consent in the face of a language barrier.

In this case, the lack of consent did not impact the judgment. Indeed, the Court found that the requirement of consent could be dispensed with, since the case fell within the automobile exception to the warrant requirements ('a probable cause existed to believe the car contained contraband'). And that the facts were "plainly sufficient to establish reasonable suspicion to extend the traffic stop".

But in Cruz-Zamora the Court reached a different conclusion.

So why risk a lengthy and expensive litigation in the first place if suitable alternatives like:

Our multijurisdictional team of lawyer-linguists can help you support diversity within the legal sector.